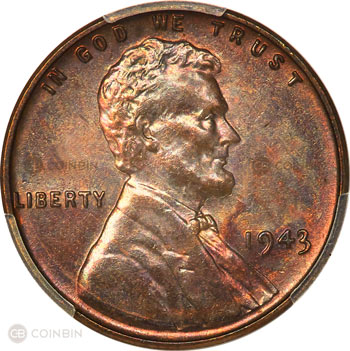 The 1943 pennies in your pockets could be worth millions? The average selling price for the 1943 Copper Wheat Cent at auction is $100,000+. In 2010 one sold for $1.7 Million Dollars. Finding just one 1943 Copper / Bronze struck wheat penny in your pocket could set you up for life.

In 1943 the United States Mint switched from 95% copper and 5% Zinc to 99% steel planchets in an effort to preserve copper for use in World War II. The U.S. joined the war in December of 1941 and quickly used up all their copper reserves making ammunition and shell casings to supply their troops. 16 million Americans enlisted over the course of the war, and nearly all of them would need ammunition. Copper isn't just needed for ammunition however, it's also a required component for every vehicle and peice of electrical equipment the United States would produce.

Sheets of metal are cut into circles called planchets and then later fed into machines and struck by dies. Traditionally the planchets used for pennies have been made primarily out of copper. What likely happened is that a few of the copper blanks left over from 1942 were struck by dies and accidentally released to the public. They likely used the copper planchets to test the new 1943 dies, and my guess was that by accident they made their way into the money supply.

How Many Copper 1943 Pennies Were Made?

No one is certain, but the estimate is somewhere between 40 or 50.

What Are My Chances of Finding a Copper Penny Error from 1943?

Of the 40 or 50 estimated to exist only 13 have been found and reported. That means there are potentially an additional 37 that have yet to be found. That’s 37 winning lottery tickets floating around in people's pockets.

How Much Are Copper 1943 Pennies Worth?

There are 3 versions of the 1943 Wheat Cent. This means all 3 mints created Copper Wheat Cents. The S (San Francisco) and P (Philadelphia) versions of this coin are worth hundreds of thousands of dollars certified. Of the 13 coins that have been found 12 of them have been from either the San Francisco or Philadelphia mint. There is just one known instance of the Denver mint and it was this coin that sold for $1.7 Million dollars. Are there more to be found? Surely.

How to Find Coin Errors like the 1943 Copper Cent

There are a few ways to find error coins in general.

You can buy fake copper coated steel 1943 Cents from places like Etsy. Again just use the magnet, if it sticks it's a fake.

The easiest way to do this is with a magnet. Steel will stick to a magnet and copper will not. Be sure to weigh your coin next. If it weighs 2.7g its a steel penny that has been copper coated. If it weighs 3.11g it might be a real 1943 Copper Cent.

Well assuming it weighs 3.11g not 2.7g, and it doesn't stick to a magnet the next step would be to have it certified. Companies like PCGS and NGC provide top level certification and slabbing to protect coins permanently. You will want to do your research and decide which to send it to. When sending a coin of potential value be sure to get enough insurance to cover the coin in case of a loss. If the coin is then certified as authentic you can then sell it at auction like the others. PCGS or NGC will assign a coin grade. The better the grade / condition of the coin the more it will be worth.

Key Dates to remember and note. 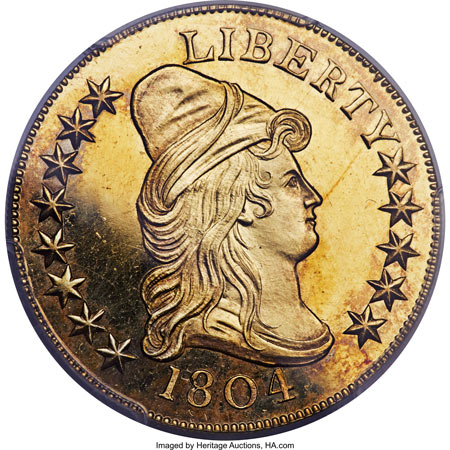 The 1943 pennies in your pockets could be worth millions... 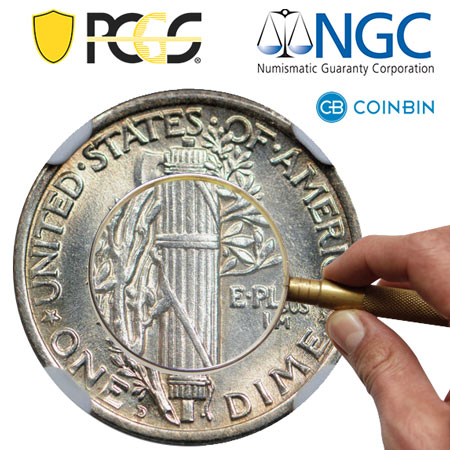 A coins grade is the #1 factor determining it's value 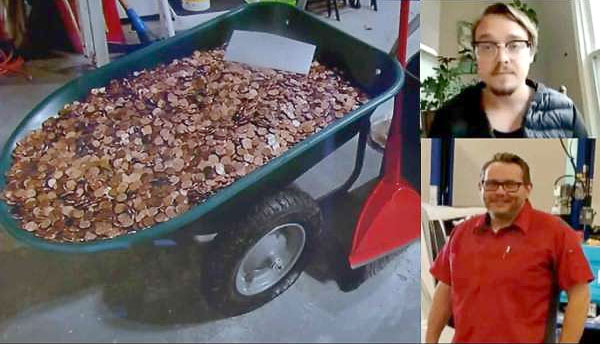 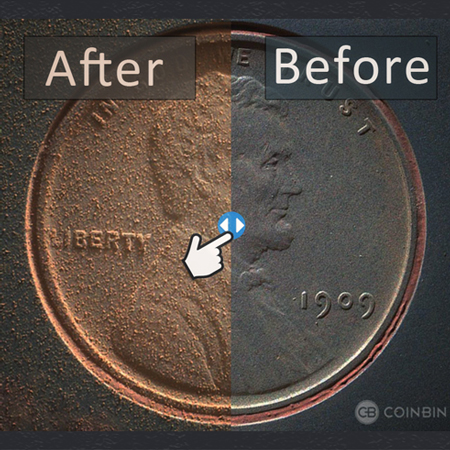 Believe it or not but a 1909 VDB Penny has been on a mars rover collecting dust for over 6 years. 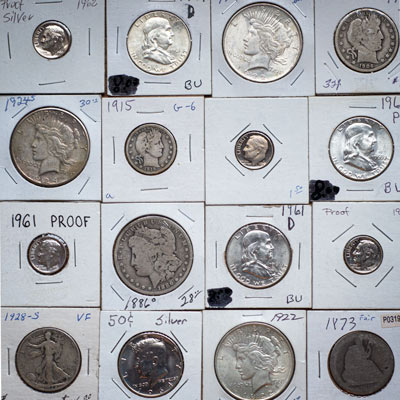 Silver Numismatic Coins have the potential to hedge against rapid changes