The 1932 S version of the Washington Quarter is worth on average $5,000.00 if in Mint State (uncirculated), while one in poor condition will have a value of just $100.00. If the coin has an error, or is certified this will further add to the appeal and raise it's price numismatically speaking. 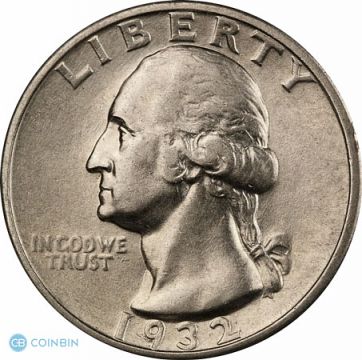 Top coins in this series. List price based off high end conditions that have been certified. 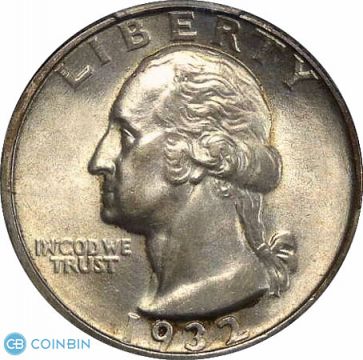 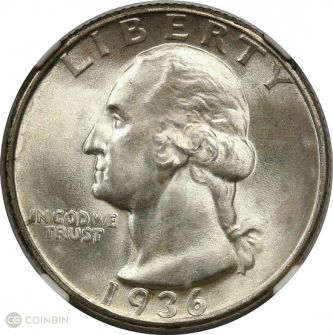 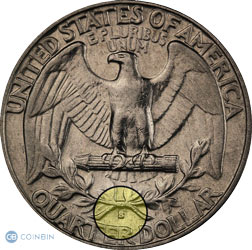 Who is on the Washington Quarter

The 1st President of the United States of America George Washington. Image based off a statue. His teeth were not made of wood despite popular belief. They were made from human teeth, as well as cows teeth, and even lead. George Washington didnt want to be a president. George also loved his animals, especially his dogs. The image below is from a bust of Washington based on a life mask cast in 1786. This is likely a more accurate representation of what George Washington actually looked like. The coin is based off a similar statues profile. 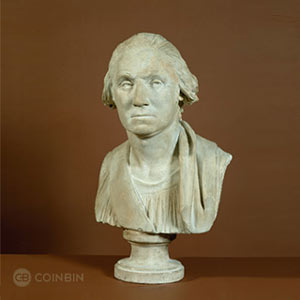 The Washington Quarter has a weight of 6.25 g.